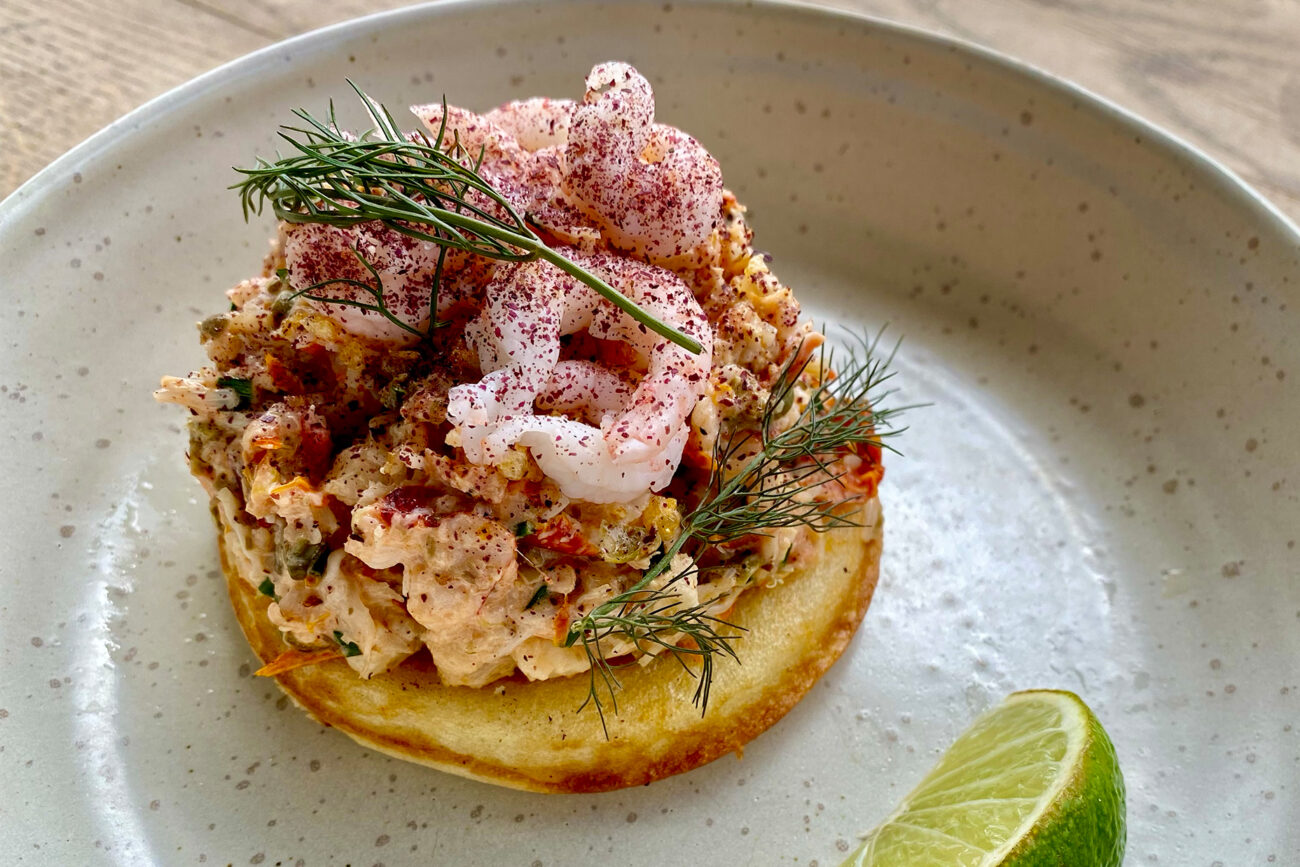 Finally, the opportunity presented itself to experience "the new Toldboden" properly. It's now called Seaside Toldboden, and the place offers a whole new level of "open kitchens" that we haven't seen much of in Copenhagen before 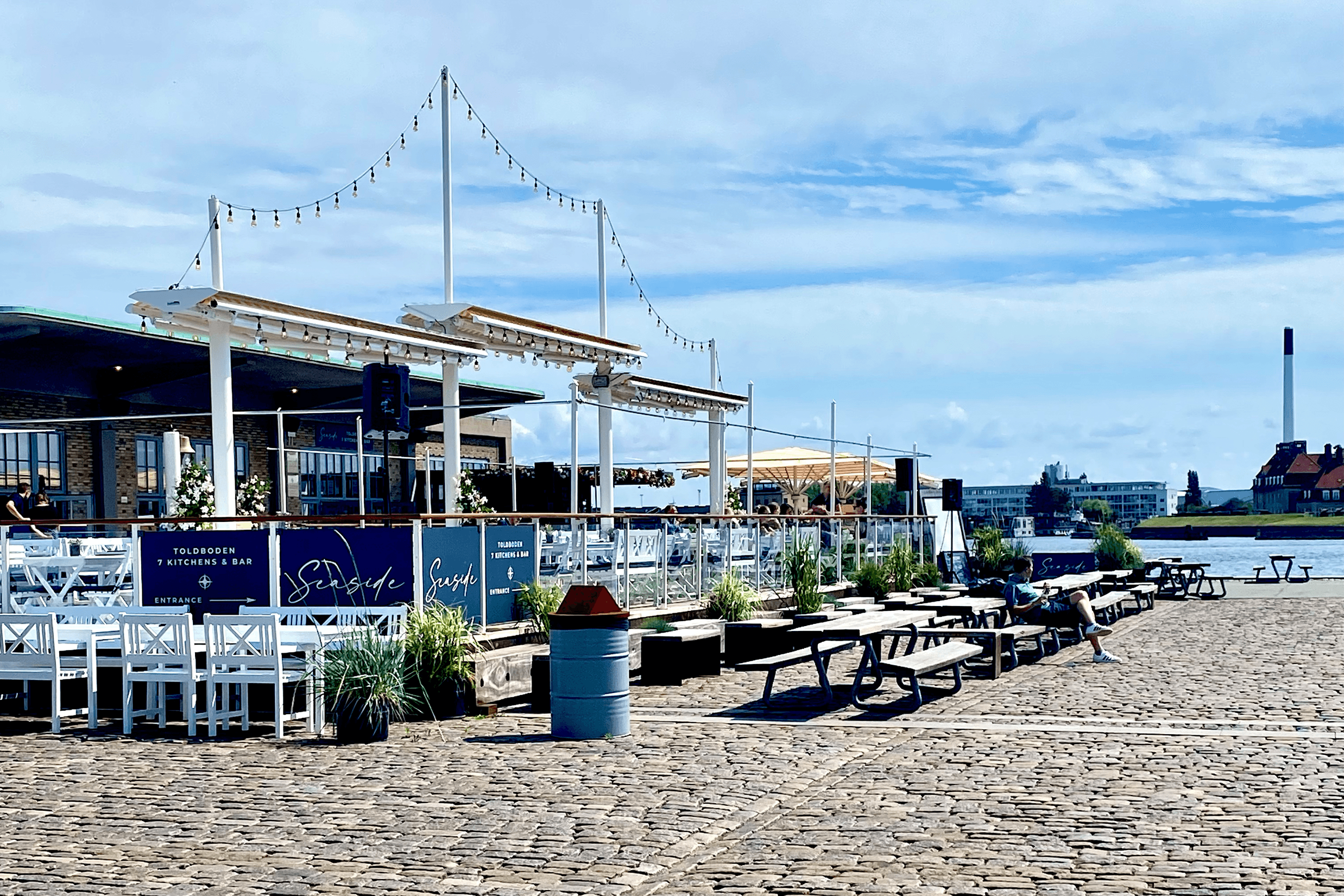 Internally, Seaside Toldboden has been named The Ship, as the entire layout is inspired by the harbor outside. The color scheme is based on the Danish Royal Ship Kongeskibet and it’s yellow, white, and green colors, distributed throughout. In everything from countertops to lamps, you can find maritime details in the polished space, which is an entirely new vibe for street food and open kitchens in the city. You can be seated both inside and out, or you can grab a deck chair with a cocktail from the bar if you want to get close to the water.

High level of expertise gathered in one place

The ship is loaded with a good handful of expertise in the kitchens, most of which have experience from multi-starred Michelin restaurants. The general level of gastronomy is high, and the servings are beautiful. Pick your dishes from one of the seven different kitchens, all of which are open, and allow you to have a conversation with the chefs who are cooking your meal. In a very fitting way, a lot of seafood occurs across the kitchens.
At Haidan, you can eat hot and cold dishes from the sea, inspired by the entire world. Tombo and Edgars Sutka offer sushi, sashimi, and other seafood in season, prepared with technique from a 3-year education in a Kaiseki restaurant in Kyoto. The well-known chef, Henrik Jyrk, operates a Pan Asian Grill at IAJI, while Johan Burich-Holck from Marv & Ben and The Pescatarian have chosen to focus on sustainability and the season’s best ingredients in his seafood bar Mar. If you need other flavors than those from the water, you can eat one of the many different versions of tartar from The Raw Project, or maybe something Greek with flavors from former Era Ora chef Nicolas Stangas’ Strangas Greek Food. If you’re into classics, go for tournedos, steak sandwiches, or Côtes de boeuf with buttery béarnaise, sherry sauce, and crispy french fries at Dan Jensen’s Mørt. Coffee, cake, tapas, and sandwiches are provided by Løgismose Spiseri – and breakfast for the morning people. A helpful detail is that you can submit your phone number when placing your order. In that way, you can avoid queues, enjoy your company and receive a text when your order is ready to be picked up from the kitchen. 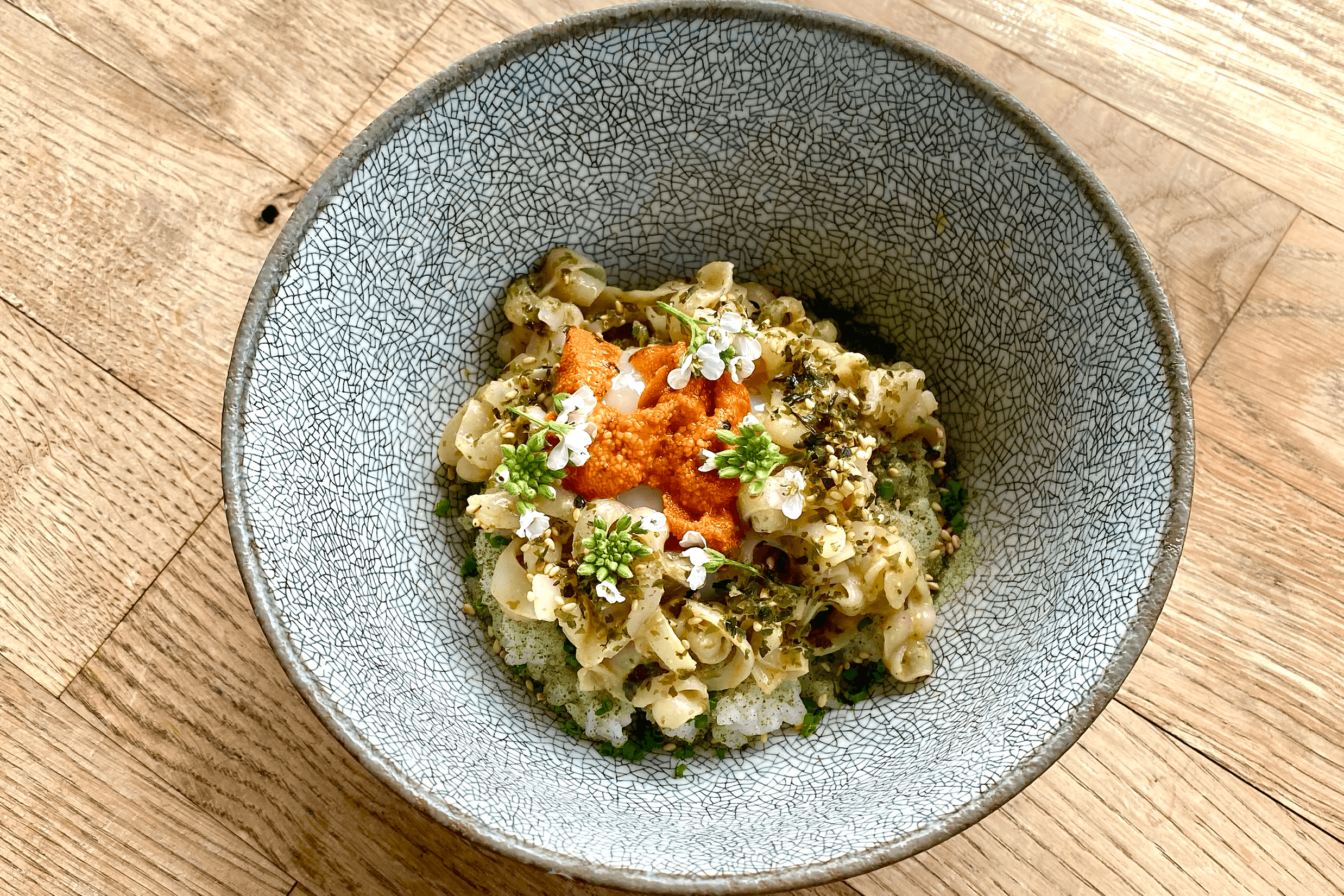 It seems like Seaside Toldboden is capable of being a suitable stage for both a working lunch, a date, a birthday party, and an afternoon hang out in deck chairs at the same time. Not that many places can be all of the above all at once. And don’t all encounters benefit from the view of the water in the background?

Big sighs and disappointed faces were the response when Toldboden, as it was known, resigned in 2020. And when it then became official that new forces came to the beloved harbor spot, it was probably with a bit of skepticism from most people. Seaside Toldboden is definitely something else from what we knew, in the same location before. With the new move-in, however, an absolutely incredible level of gastronomy has moved in too. And with what the place has to offer both inside and out, one can only hope that Seaside Toldboden stays at the address permanently. 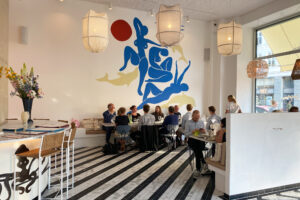 The primary image of this article is the Lobster Pancake from Mar Seafood Bar.
Butter-fried pancake with lobster salad of Danish lobster and summer greens.
Topped with hand-picked shrimp.