On Monday, June 13th, the Nordic final of the bartender competition World Class took place at Moltke's Palæ in the center of Copenhagen. The bartender Mathias Klausen Broksø ran away with the victory based on several cocktails inspired by the world of gastronomy. The global final takes place 12th-15th September in Sydney. Then, Mathias will compete against the world's best bartenders for first place in the competition and the title of the world's best bartender.

The sun was sporadically present last Monday, where the stage was set at Moltke’s Palæ when the elite of Nordic bartenders turned up to compete for the title of the region’s best bartender. At the same time, each country had to find a national winner.

In this year’s edition of the Nordic World Class final, the participants faced a competition where the focus was blind tasting and knowledge. First, with a budget of 300 kroner each, contestants had to buy ingredients for a Don Julio cocktail in Torvehallerne, a contest called The Raconteur, where they had to mix a cocktail with Talisker 10 or Singleton based on four historical figures from Scotland. And finally, a Gettin’ Fizzy With It contest, with the task of creating a cocktail with Johnnie Walker in a highball glass. When the winners of the three countries were found, they met for a final challenge of the Nordic championship, The Showdown, where each bartender had to make six cocktails of their choice from a list of 24 classic cocktails. Here, the rating criteria were speed and the ability to entertain guests. As the last cocktail was served, Liisa Lindroos from Finland was left as the Nordic winner. She usually works at Bar Bardem in Helsinki.

The Danish champion was Mathias Klausen Broksø. Usually, Broksø is inspired by the world of food and gastronomy and has a mission to handle ingredients with care and curiosity. His cocktail from the competition, Gettin’ Fizzy With It, was developed on a tea made from fig leaves from the family’s cottage on the island Bornholm. The fig leaf tea was made with a hay-crème anglaise. The cocktail went by the name of Black Leaves. 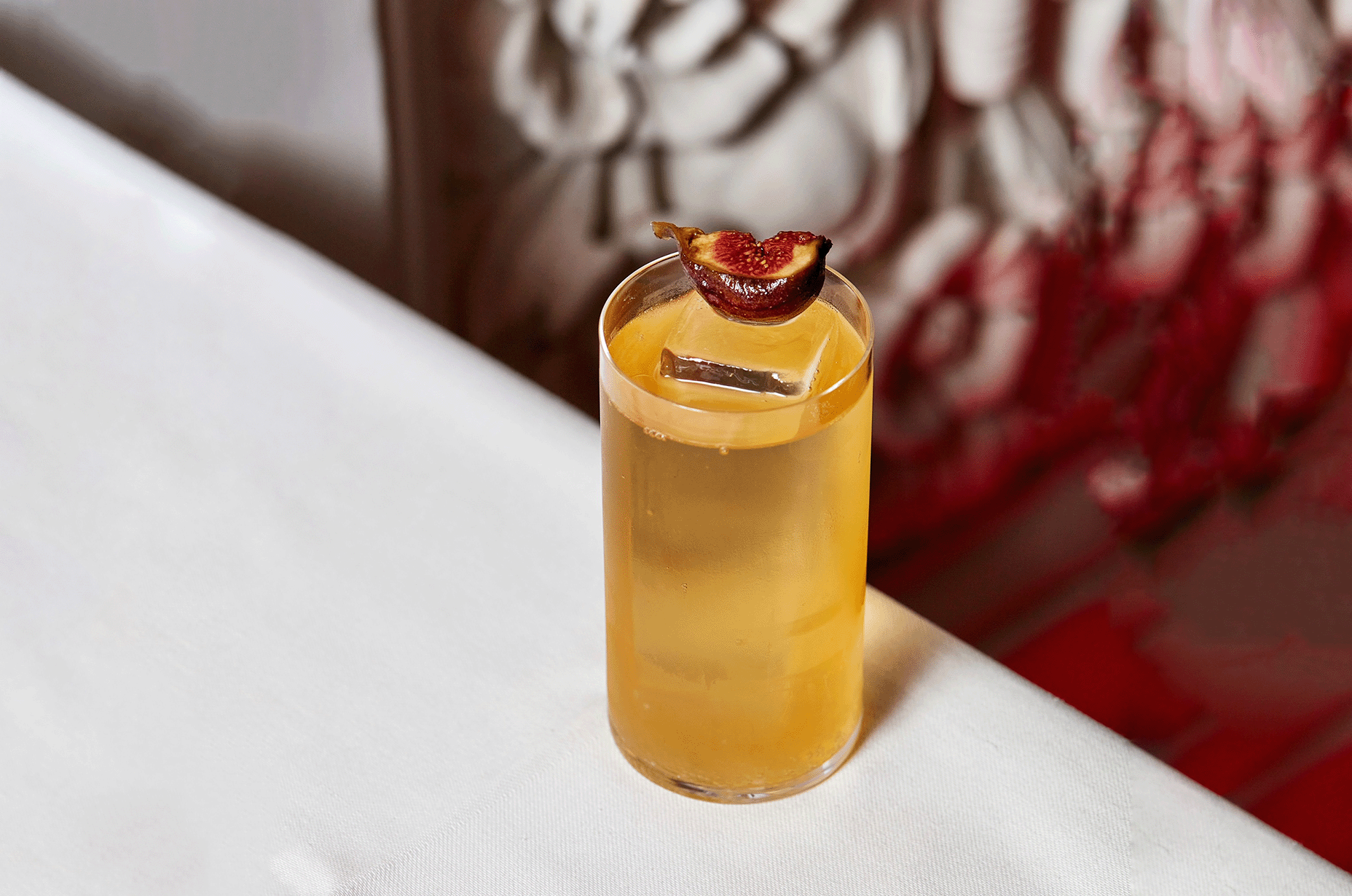 Mathias has previously worked in “high volume service,” with a fast pace and specific technology. Broksø has, among other places, worked at the cocktail bar and nightclub The Zoo on Sværtegade in Copenhagen. But, in recent years, the bar in Tim Vladimir’s Kitchen in Copenhagen has benefited from his skills as a bartender. 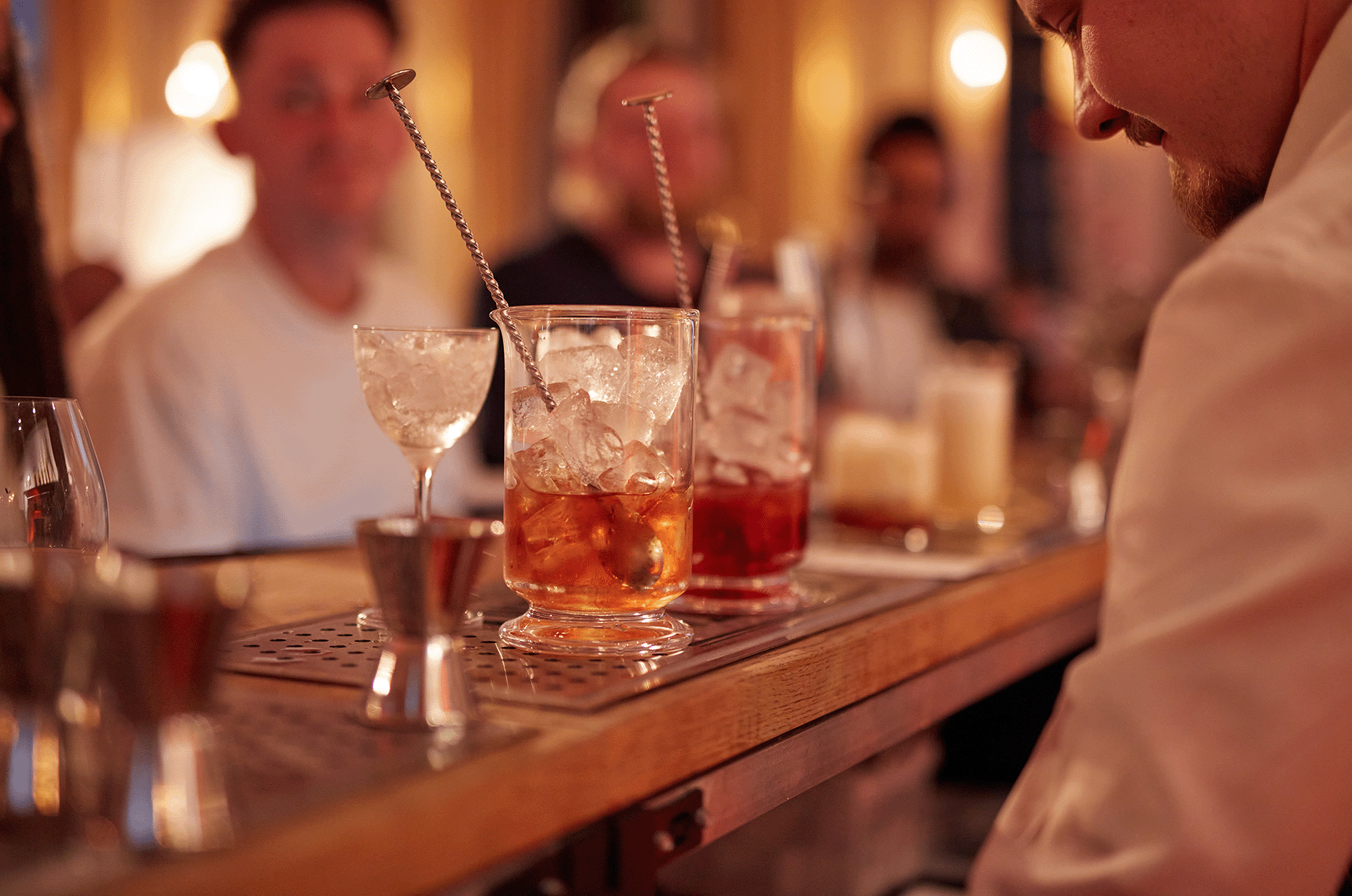 “My inspiration can come from all places and corners. But personally, I’m very inspired by gastronomy and the professional cuisine – both regarding technique and taste. Most of my role models are chefs, and I have probably eaten at more restaurants than I have tasted cocktails at cocktail bars. So one of my big missions is to build a bridge between the kitchen and the bar and make sure that there is a shorter distance from how a bartender thinks of cocktails to how a chef views a dish. I feel quite convinced that if you can get the two worlds to work together, it will create a whole new league of coherence, taste, and ultimately experiences for the guests,” says Mathias Klausen Broksø.

World Class is the world’s leading and most prestigious bartender competition, where participants, based on changing frameworks and rules, compete for both technical skills, knowledge, the ability to tell a good story, and charm in general. This year, the jury in the Nordic final consisted of Swedish Johan Evers, a former World Class Global finalist from 2016 and now co-owner of the cocktail bar Gemma in Stockholm, which in 2020 won the Bartenders Choice Awards in the category Best Cocktail Bar. Danish Hardeep Rehal also sat at the judge’s table. He even won fourth place in World Class Global last year.

“Mathias was the strongest all-around participant from Denmark. You can compare World Class with a cycling race like the Tour de France, where in each stage, you can go for the victory or minimize time loss to ultimately collect the most points and take the victory. In each World Class challenge, you get points in storytelling, hospitality, crafts, creativity, and knowledge. Here it’s about scoring as high as possible in all categories, and here Mathias was really good at scoring many points in each category. That’s basically the recipe for winning World Class,” said Hardeep Rehal.

About World Class
World Class is the world’s largest and most prestigious bartending competition, where more than 15,000 bartenders from 57 countries have been trained through the competition to date. During the competition, the bartenders are tested in their mixology skills; along the way, they have to create exceptional drinking experiences. The bartenders compete in a wide range of lineups based on Diageo’s portfolio of reserve brands, including Ketel One, Cîroc, and Tanqueray No.TEN, Don Julio, Ron Zacapa, Talisker, Cardhu, Singleton Classic Malts, Johnnie Walker Gold Label Reserve, Johnnie Walker Blue Label, and Johnnie Walker Platinum Label.

About Diageo
Diageo is the world’s leading company in premium beverages with a unique selection of alcohol brands across spirits, beers, and wines. These brands include Johnnie Walker, Talisker, Bulleit Bourbon, JεB, Buchanan’s, Windsor whiskey, Smirnoff, Cîroc and Ketel One vodka, Captain Morgan, Baileys, Tanqueray, and Guinness. Diageo is a global company selling products in more than 180 countries worldwide. The company is listed on the stock exchanges in both New York and London. For more information about Diageo, its employees, brands, and results, visit www.diageo.com. Here you will also find information about Diageo’s comprehensive efforts to promote responsible alcohol consumption.