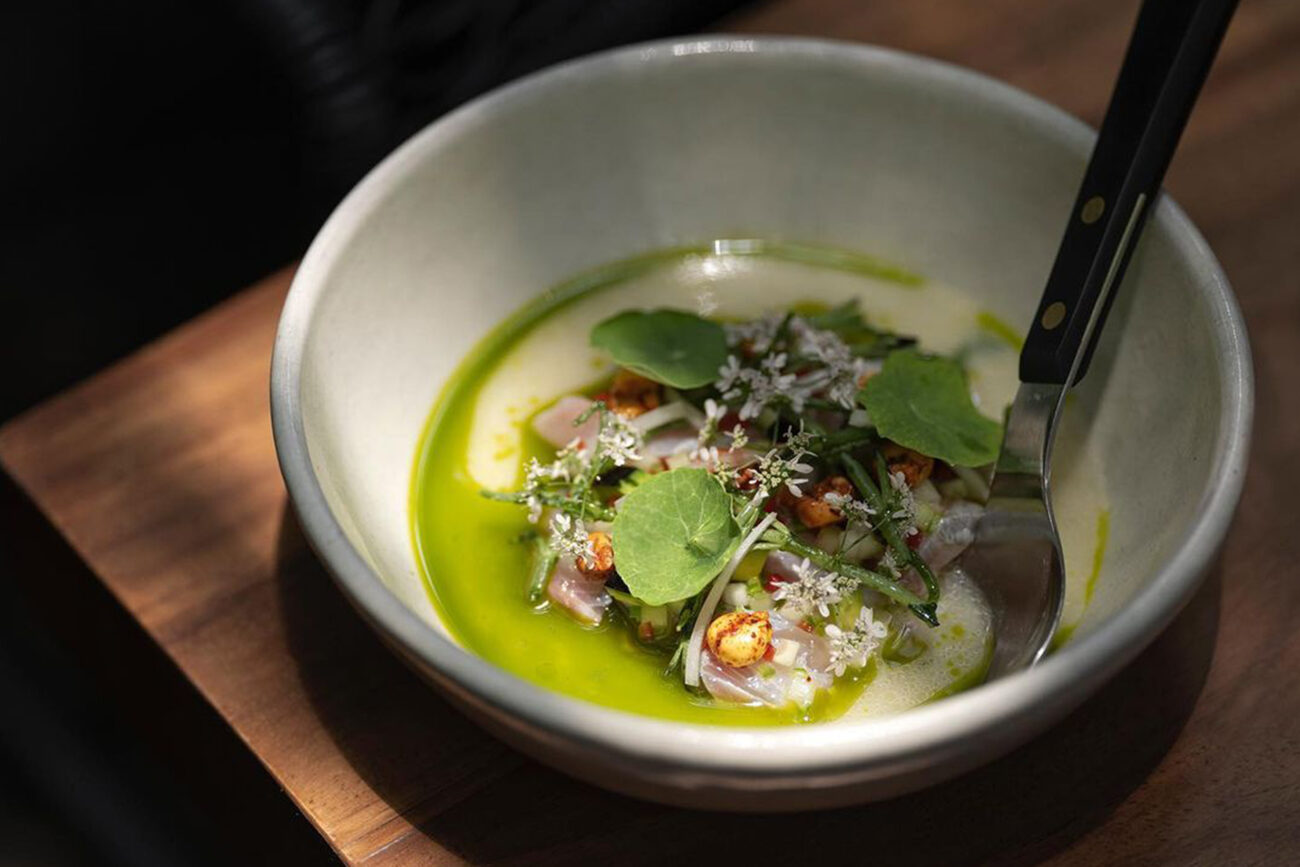 Do you know the 10 best restaurants of the world?

Denmark now holds the title for both best restaurant in the world, and the runner up. Learn about Noma, Geranium and the rest of the top 10 restaurants here.

It was a big night for Danish gastronomi at The World’s 50 Best Restaurants awards in Antwerpen, where Noma and Geranium topped the list, and officially were awarded as the world’s best and 2nd best restaurants in 2021. Denmark, and especially Copenhagen, has once again proven to be the capital of gastronomy. But luckily, the world holds a lot of excellent restaurants that are worth travelling for, even if you live close to the top 2 in Copenhagen.


The Chairman has succeeded in climbing into the top 10, from their spot as number 31 last year. The restaurant, that also has been rated as the best restaurant of Asia this year, is known to bring new life to ancient chinese ingredients, that have been mostly forgotten throughout the years. The restaurant doesn’t abandon it’s traditional roots, and insists to cook cantonese. Through the carefully selected ingredients and traditional craftsmanship they bring their dish development lead to new iterations of the cantonese kitchen. Owner and chef at the Chairman, Danny Yip, is adamant about cantonese cooking being all about extracting and enhancing the taste of the base ingredients. 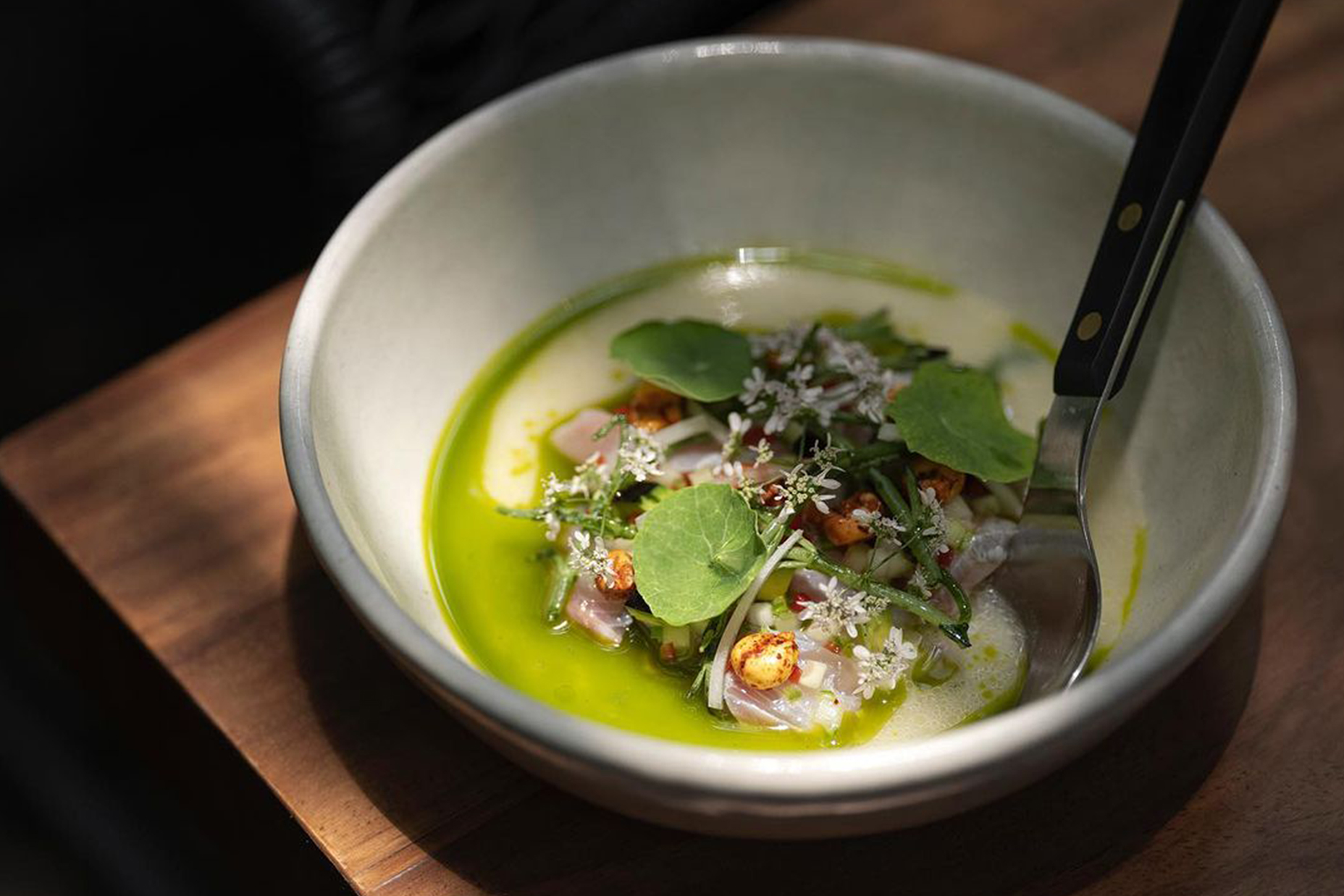 Enrique Olvera proves with Pujol, that the rustic taste of mexican cuisine can be in the conversation of the absolute best restaurants in the world. Pujol has been honoring Mexican cuisine since the year 2000, and in 2019 Pujol was rated the best restaurant in North America. Pujol has developed from a restaurant that sought inspiration from the outside world, to become a restaurant with a focus on local ingredients, and on Pujol this means that corn, chili, beans and local plants play an important role in their dishes. 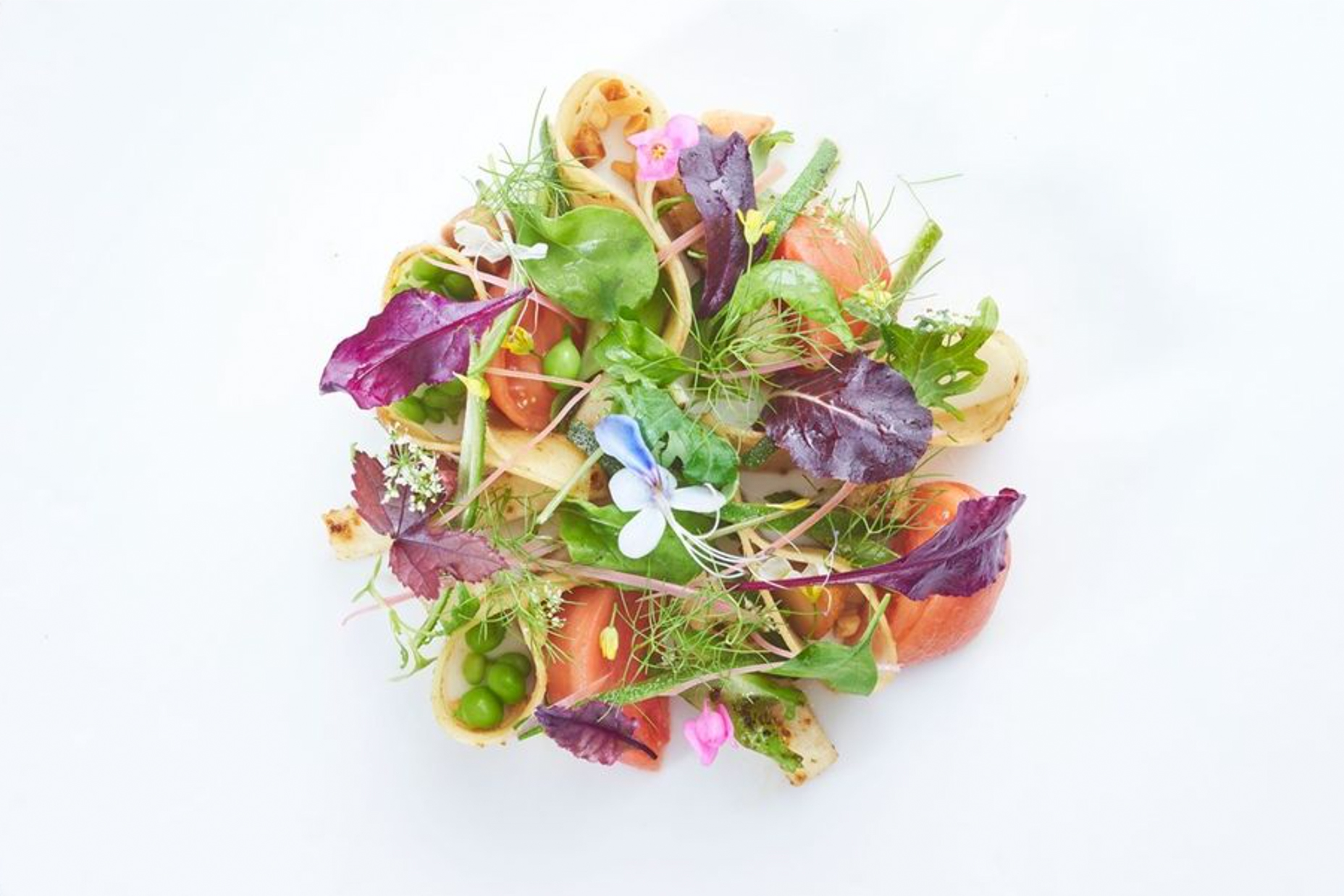 Odette was this year rated as Asias 2nd best restaurant, but they manage to beat the Chairman by placing 8th on the top 50 list. Odette is named after the grandmother of the head chef, Michel Bras, whom introduced him to taste. The Menu on Odette is french like Michels upbringing, but the Asian surroundings plays an important role as well, as the traditional french dishes like dove, crab and mussels finds new nuance through asian ingredients like miso and wasabi.

Denmark is not alone in bringing multiple restaurants into the top 10. Both Peru and Spain have also succeeded in bringing multiple restaurants to the top 10. Maido in Lima was rated the best restaurant of Latin America in three successive years (2017, 2018 and 2019). Lead chef Mitsuharu “Micha” Tsumuras is the frontman of Maidos fusion kitchen, that combines the Latinamerican and eastern cuisines, both of which reflect Michas roots. The Peruvian restaurant is known for its cozy atmosphere – upon entering you will be greeted with the restaurant name “Maido” which is japanese for “welcome”. 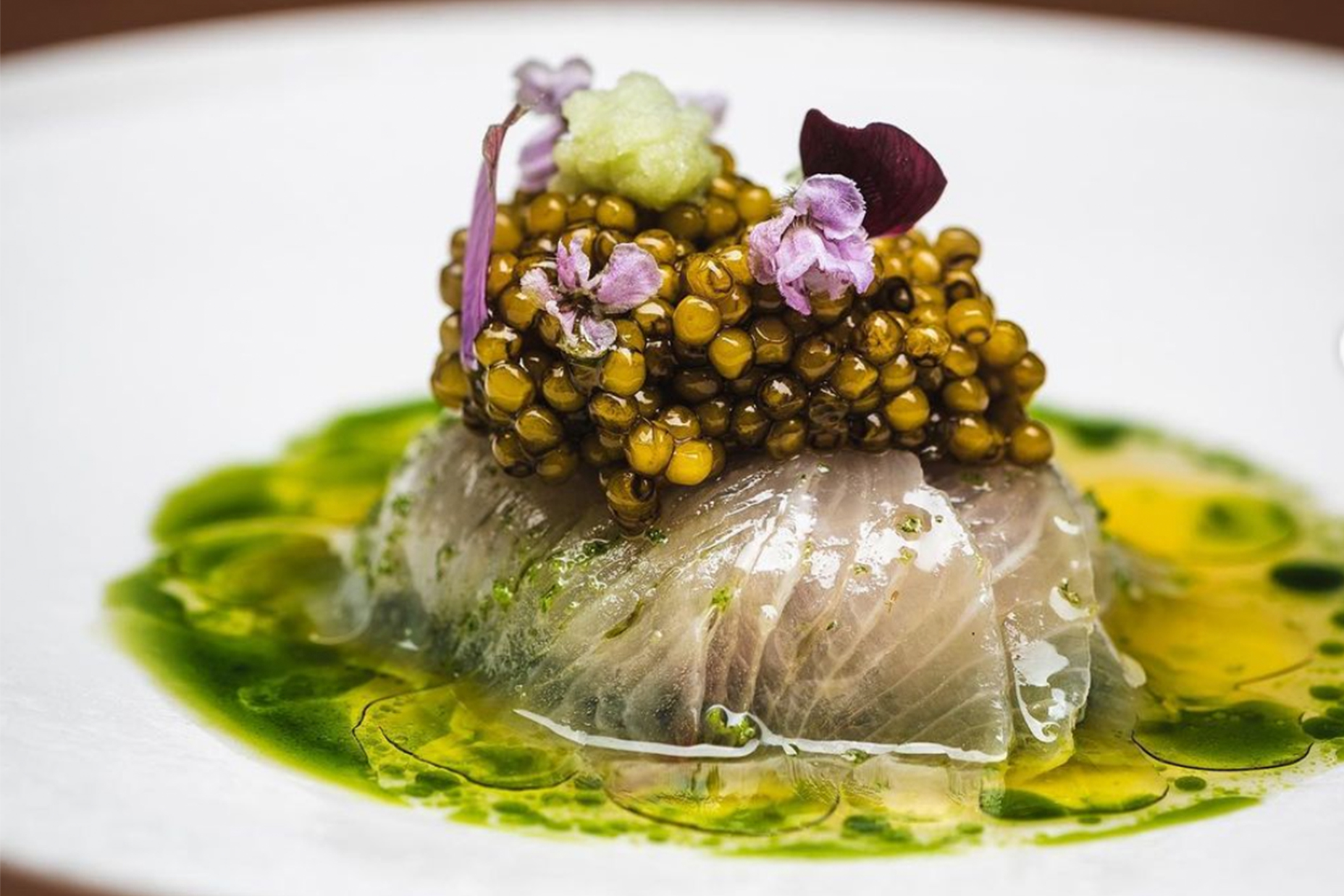 Björn Frantzén reopened Frantzén in 2016. After reopening, Frantzén quickly gained more international acclaim, and it is the first and only Swedish restaurant to achieve 3 Michelin stars. Frantzén has also climbed in the ratings of the worlds top 50 restaurants since the re-opening, and has now reached an impressive 6th place, up from being rated as the 70th best restaurant in the world just a few years ago.
Frantzén serves an experimental nordic menu with asian inspiration. The restaurant never has more than 23 guests at any given time, though it is rather spacious with 10 unique rooms, each designed to align perfectly with a specific mood.

Eating dinner at Disfrutar, which translates to ´enjoy´, is an explosive grastronomic experience. The restaurant is related to the legendary El Bulli, that closed in 2011, as the founders of Disfrutar, Oriol Castro, Mateu Casañas, and Eduard Xatruch all worked as chefs on El Bulli, that in the 2000’s was one of the worlds absolutely best restaurants. The food on Disfrutar is tasteful, challenging and surprising, and you will easily see more than 20 servings in one visit.

Central in Lima is run by the chef-couple Virgilio Martínez and Pía León. Central is a declaration of love to Peru, that both as a nation and as a culinary nation is shaped by the landscape, so the restaurant is inspired by the Andés, the ocean and everything in between. Ceviche was invented in Peru, and is a good example of how Peruvian cuisine can unite the freshness that both the ocean and lush vegetation can provide, and Central is steering their cooking towards Peruvian perfection. 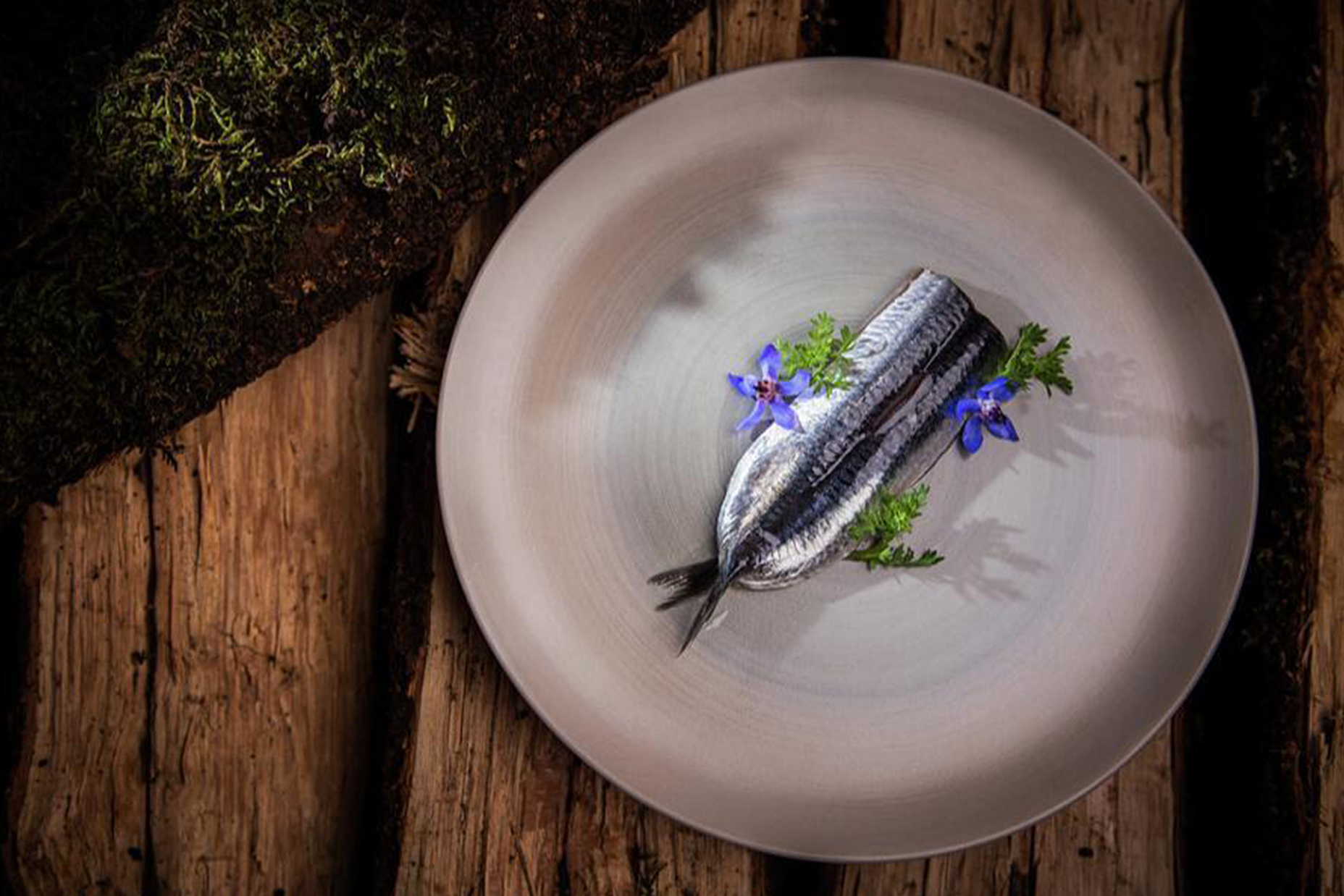 Ever since Geranium first opened in 2009, it has been one of the leading restaurants in Denmark, and has since impressed with it’s many gastronomical achievements. Rasmus Kofoed has won bronze, silver and gold at the Bocuse d’Or chef competition, and the restaurant managed to become the first 3 michelin star restaurant in Denmark in 2016.

Geranium is located in Parken, the football stadium of FC Copenhagen. In the kitchen there is a high view over the court, and the dining guests will have a great view over Fælledparken. All senses count on Geranium, and their goal with their food is to both challenge and enrich the senses. Rasmus Kofoed has an intuitive ability to bring beauty into his food, so you will be blown away twice, first when you eat with your eyes, and again when you taste the food.
Care has a taste, and everything is carefully considered on Geranium, that definitely deserves to still be able to call themselves one of the very best restaurants of the world.

Noma has deservingly received a lot of positive attention throughout their existence. The restaurant on Refshalevej was rated as the world’s best in 2010, 2011, 2012 and 2014, and now again in 2021. Noma has also finally recieved it’s third michelin-star last month, so René Redzepi and the rest of the Noma team are probably enjoying the fall of 2021. Noma is characterized by the New Nordic gastronomic approach, and it shines through with the choice of ingredients, as well as the taste and the expression of the food. Experiments on new ingredients are constantly being conducted, to find out how they can be prepared in the best way. Noma can get very creative, and the dish with local black Jutland ants (that according to fortunate visitors somehow tasted amazing), managed to draw the attention of the press.

We would like to congratulate Alchemist as well, as they have placed top 58 in the world on the top 100 list of world’s best restaurants. 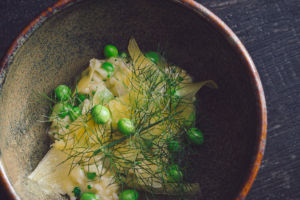